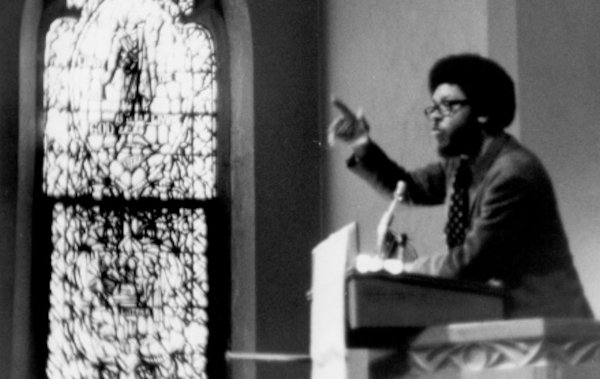 The Africology: Journal of Pan African Studies (AJPAS), the premier academic journal on Pan-African studies and Black thought in the world, is pleased to announce the Call for Papers for a special issue on the work of the eminent theologian, activist, and Father of Black Liberation Theology James H. Cone, who left this world for a better world on April 28, 2018. The underlying theme of this special issue pertains to the clarion call by James Cone to protagonists of human rights and freedom fighters to assume their sacred duty and public role and responsibility to be on “the side of the poor and in solidarity with the oppressed;” this twin idea underscores the meaning, relevance, and legacy of James H. Cone in the age of destructive globalization, American foreign (military) intervention, and Western capitalism in the developing nations, as well as the ongoing threats and challenges of white supremacy and white terrorism in American society, and American aggressive racism toward the black and brown populations, and the hostile xenophobic attitude toward the immigrants and political refugees under this current political administration.

In his writings, Cone articulated a Black politico-theology of liberation in the historical trajectories of the Civil Rights Movement and Black Power in the 1960s and within the tragic narrative of the Black experience and Black suffering in the United States. He conceptualized his theological ideas and moral demands as a corrective rejoinder to the triumph of white supremacy in the American society, white violence against Black citizens, and the silence of White American churches and theologians to promote brotherhood and safeguard the humanity and dignity of Black people against Police Brutality, dehumanization, and racial oppression and terror. In an article entitled, “Black Theology and the Black Church: Where Do We Go from Here?” (2004), Cone articulated the Black theological discourse as a “radical response from the underside of American religious history to the mainstream of white Christianity.” For Cone, Black Liberation Theology is an urgent call to white American Christians and churches to exercise radical transformation of thought, behavior, and actions toward the oppressed and the poor.

The goal of Black Liberation Theology is to fight against all forms of human oppression and assault, and all evil forces of alienation and destruction against the underrepresented and marginalized populations—toward their full emancipation, human flourishing, and the realization of their human potential as Imago Die. Correspondingly, in his second and seminal work, A Black Theology of Liberation (1970), Cone argued that Christian “theology cannot be separated from the community it represents. It assumes that truth has been given to the community at the moment of its birth. Its task is to analyze the implications of that truth, in order to make sure that the community remains committed to that which defines its existence.”

Consequently, the five-fold objective of this special issue is (1) to highlight the politico-theological ideas and ethical demands of James H. Cone for the advancement of human rights, life, and freedom of the marginalized populations and races, and the economically-disadvantaged groups in the United States and in the world; (2) to underline the intellectual contributions of Cone’s writings to the advancement of knowledge and understanding in the academic disciplines of Christian theology and ethics, African American Theology and Biblical Hermeneutics, Postcolonial Theologies and Biblical Hermeneutics, and Black and Pan-African Studies, and their cognate areas; (3) to use Cone’s writings and thought as a form of intellectual criticism to and moral outrage against the American Empire and Western Capitalism in the world, (4) to revisit Cone’s intellectual legacy as a critique and series of jeremiads about the failure and silence of the American society and American Christianity in the mistreatment, suffering, alienation, and death of the black and brown populations; and finally, (5) to accentuate the intellectual impact of Cone’s writings and ideas on Black and African American theologians and Biblical scholars, Womanist theorists and ethicists, and Womanist Biblical scholars and theologians, and Postcolonial African thinkers, theologians, and leaders in the developing nations.

We welcome articles, both in English and French, within these five broad categories, that articulate fresh and innovative readings and interpretations of Cone’s ideas and writings. Interested participants should submit a 250-word abstract along with a 2-page cv by Friday, December 28, 2019, to Dr. Joseph, Guest Editor of the Special Issue on James H. Cone, at celucienjoseph@gmail.com. The deadline to submit the final article or completed manuscript is Friday, February 8, 2019.

About the Guest Editor: Celucien L. Joseph (PhD, University of Texas; PhD, University of Pretoria) is an intellectual historian and Christian theologian. Currently, he serves as an associate professor of English at Indian River State College. He published seven academic books and more than two dozen peer-reviewed articles on the intersections of literature, history, religion, race, and history of ideas; his recent book is entitled “Between Two Worlds: Jean Price-Mars, Haiti, and Africa” (Lexington Books, 2018) His academic research and teaching interests include Black Religion, Black Liberation Theology, Black Theological Ethics and Anthropology, African American Intellectual History, Black Internationalism, and Comparative History and Literature of the Black and African Diaspora (both Francophone and Anglophone). He is currently working on two books: the first is a a volume on Jean-Bertrand Aristide, former President of Haiti and Catholic-Priest Liberation Theology entitled “Aristide: A Theological and Political Introduction to His Life and Thought” (forthcoming in 2019, Fortress Press), and the second is on the Haitian Pan-Africanist and Haiti’s reigning intellectual in the twentieth-century Jean Price-Mars, entitled “Jean Price-Mars: An Intellectual and Religious Biography” (Wipf and Stock Publishers, 2019).

Dr. Joseph currently serves on the editorial of Africology: Journal of Pan African. He served as the Guest Editor to the AJPAS special issue on Wole Soyinka entitled “Rethinking Wole Soyinka: 80 Years of Protracted Engagement” (2015). He reviews manuscripts for various journals and has presented papers at conferences, both nationally and internationally.