Young people from immigrant families or young immigrants in general need to know that they too can make tremendous contributions to the American society and their native land. Here are a few (21 tips) suggestions from me:

1. Acknowledge God in all you do and allow him to guide your path.

3. Be ambitious and goal-oriented.

5. Commit yourself to achieving your dream or the career you want to pursue.

10. Don’t mind people who make fun of you because you speak English with an accent. Speaking English without an accent or like a native-born American does not guarantee that you are/will be intelligent, have wisdom, and will be successful.

12. Have a few good role models in your life.

15. Learn how to read and write well.

16. Don’t give up (on your dream) until you reach the highest star.

17. Remember who you are and where you come from.

18. Use your talents, skills, and assets to make a difference in your community.

19. Don’t forget those you have left behind, especially those in the country of your birth or your parents’ native land.

20. Be a good steward of your time and resources.

21. Never cease to give thanks to God

Prayer for Human Flourishing in the City: Seeking the Heart and the Purpose of God through Corporate Prayer as Worship

We will be praying specifically for the following needs:

1. Human Flourishing: Your individual concerns and needs to the Lord.

2. City Flourishing: The safety, peace, and divine guidance and blessings upon (i.e. the workplace, schools, hospitals, nursing homes, daycares) and for the city of Fort Pierce and its neighboring cities.

3. Gospel Flourishing: The knowledge of Christ and his Gospel-salvation to be spread to every individual and every family in the city of Fort Pierce and its surrounding areas.

4. Ministry Flourishing: For the expansion and flourishing of the mission and ministry of Jesus Center Community Church in Fort Pierce (specifically) and the Treasure Coast (generally)

5. Flourishing in Christ Jesus: For Christ the King to be highly honored, cherished, and honored in every heart, soul, and seat of human reason, and for His name to be exalted greatly and sovereigntyly in the city.

Would you join us tomorrow to seek the face and heart of the Almighty and Gracious God-Creator?

Tomorrow morning (Sunday, August 19) at Jesus Center Community Church, I will be teaching Part three of a new teaching series (“Jesus, Our Righteousness”) based on the Sermon on the Mount (Matthew 5-7).

I will teach on the first three beatitudes (blessings) in Matthew 5:3-5, bearing the title “God remembers the Poor”

Please come join us in corporate worship and the exaltation of Jesus through expository preaching at 10:00 am. Bring a friend with you.

“2. And he (Jesus) opened his mouth and taught them, saying:

3 “Blessed are the poor in spirit, for theirs is the kingdom of heaven.

4 “Blessed are those who mourn, for they shall be comforted.

The Lord God is the saving refuge of those who fear him, and is the strength of his people.

“In the cover of your presence you hide them from the plots of men; you store them in your shelter from the strife of tongues.”—Psalms 31:20 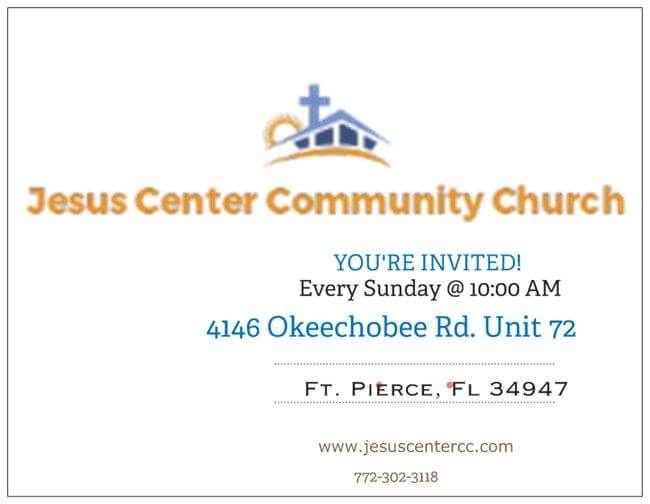 Some Brief Thoughts on the Nature and Ethics of Justice: Social Justice vs Biblical Justice (Part I)

In this brief post, I will define biblical justice as revelatory issues distinctively from God to humanity; whereas social justice issues represent a human-value system. I will also suggest that the divine justice theory aims at achieving human flourishing and the common good for all of God’s creation– to the glory of God in Christ Jesus. On the other hand, because human beings are created in the Imago Dei, the social justice theory somewhat may reveal and communicate certain aspects of God’s theory of justice.

While the biblical notion of justice is rooted in the very character of God & counter-culture largely, we should not dismiss quickly those who are crying & yearning for the triumph of social justice in our culture. Christians have a lot to learn from this country’s Social Justice Movements–both past and contemporary. I’m not sure if it is possible to preach the Gospel authentically and champion the ethics of Jesus in the public sphere without moving by compassion and empathy toward those suffering by the social injustices of our contemporary political system and cultural ideologies.

The God of the Bible states bluntly that “I, the Lord, love justice.” Since this is the case, the idea of justice, from a biblical perspective, is linked to the very nature, character, and action of the biblical God. (We can rightly argue the concept of divine injustice is not a biblical category since there is no injustice in and from God, as attested by God Himself and the biblical writers; by contrast, both social justice and social injustice are justifiable expressions. Nonetheless, divine justice could be channelled through our social justice system.) Thus, any form of social injustice that is an antithesis to the biblical justice challenges God’s character and work.

Yet, if a social injustice is a sin, as it is alligned with the biblical definition of divine transgression or as conceived as so by God Himself, this issue could be well classified as a matter of biblical (in) justice. By contrast, from the perspective of biblical justice which is sometines goes against the value and grain of the culture, not all social injustice issues should be interpreted as sinful, as these social justice matters may be classified as so by the virtue of their legality, or they may be shaped by the political system, or some forms of cultural desire, cultural order or cultural adaptation that do not exhibit the heart of biblical justice. (One should remember that legality does not mean biblical or not all that is lawlful is also biblical. In other words, while some of our contemporary legal codes may be a reflection or an outcome of “The divine law,” not all legal codes, legislations or amendments have a divine impulse.)

On the other hand, most Evangelical Christians and a lot of people in our culture would argue that 1) racism is wrong because it denies the Image of God in the person subject to racist treatment and discrimination; 2) slavery (contemporary human trafficking) is/was wrong because everyone is created equal, and that no one should enslave another person or sell human flesh for the sake of economic gain or financial stability and wealth; and 3) abortion is wrong, unbiblical, and sinful because it is murder, undermines the sacredness of life, and that it is the annihilation of one’s life; 4) ethnic cleansing is ungodly because it advances the notion one ethnic group is far superior than another ethnic group, and that it denies the equality of all ethnic groups and people, as created by God; and 5) finally, same sex marriage is unbiblical, unnatural, and sinful because it is contrary to God’s plan for the family and for man and woman in marriage. All of these issues fall under the category of “divine justice.”

Whenever I visit Haiti, I’m always disturbed or distracted by five cultural realities:

1. the constant struggle of poor families to survive & see another day;

3. the constant cry of the Haitian people to find shalom, dignity, & work;

4. the longing of the country’s younger population (i.e. the young people, the millennial generation) to achieve their dreams and life goals; and

5. the hope of Haiti’s high school students to make it to the nation’s few and government-funded universities, and correspondingly, the struggle of Haiti’s university students to finish their academic year without any social unrest or political interruption, as well as their struggle to survive economically and financially in the university environment.

On the other hand, in my regular visits to 🇭🇹 Haiti, I’m also encouraged by five cultural realities:

1. the spirituality (their hunger & thirst for the Gospel, and their longing for God’s righteousness to be made evident in their lives) of the Haitian people and their openness to Christianity;

2. their courage to say no to life defeats, oppression, and political assault and injustice;

3. their struggle for social justice, political stability, and holistic righteousness in a corrupt and politically-bankrupt nation-state;

4. the disturbing face of poverty, misery, and suffering, which the Haitian people abhor;

5. and the encouraging spirit & hospitality of the Haitian people.

“Jesus and the Blessedness of the Poor.”

Tomorrow morning (Sunday, August 12) at Jesus Center Community Church, I will be teaching Part two of a new teaching series (“Jesus, Our Righteousness”) based on the Sermon on the Mount (Matthew 5-7).

I will explore the first three beatitudes (blessings) found in Matthew 5:3-5, which I have called “Jesus and the Blessedness of the Poor.”

Please come join us in corporate worship and the exaltation of Jesus through expository preaching at 10:00 am. Bring a friend with you.

“2. And he (Jesus) opened his mouth and taught them, saying:

3 “Blessed are the poor in spirit, for theirs is the kingdom of heaven.

4 “Blessed are those who mourn, for they shall be comforted.

As I continue to observe in our culture the fallen and decline of influential (Evangelical) pastors and ministers to sexual sin and greed (i.e. money, wealth), one of my greatest fears as a pastor is not to bring shame to the Gospel and more importantly to not belittle the preciousness and the glorious worth of Jesus Christ, my Savior and Lord, through my actions.

O Lord, keep me near the cross!
Help me to pursue what you desire.
Grant me the passion to hunger more after Thee!

Tenure and Promotion at IRSC

I am pleased to announce that I have received tenure and promotion to Associate Professor at Indian River States College.

I work with some of the most brilliant, generous, and student-centered colleagues in the Department of English, Modern Languages, and Communication at IRSC.

I thank Jesus for his faithfulness toward me during these five years of teaching at IRSC. He is my Resting Place!

I’m grateful to my supporting wife Katia Laurent-Joseph and our amazing children for their patience and kindness toward daddy. You are my Rock and Joy!

I’m thankful to my IRSC colleagues and administration. You are amazing!

I have so many friends who have supported and encouraged me as a young professor and scholar–during these past five years. You know who you are. I will not list your names. You are wonderful! 🙂