On the Connection between Haiti and Benin (Dahomey) 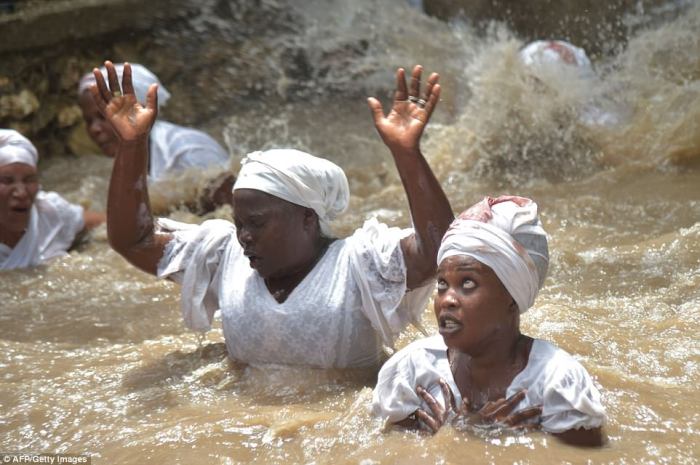 Last week, Dada Dagbo Hounon Houna II, the spiritual chief of Vodou Hwendo of Benin, visited Haiti. Benin is also the birth place of Vodou. A large population of the African slaves, who were forcibly brought to the French island of Saint-Domingue during the early sixteenth and the end of the eighteenth century, founded the Republic of Haiti in 1804, and originated from the Benin (Dahomey) Empire. The Haitian and Benin people have cultural, spiritual, and ideological connections and similarities.

In his itinerary in the Caribbean nation, during the Holy Week of Easter, Dada Dagbo Hounon Houna II visited the historic city of Gonaives and attended a ceremony dedicated to Papa Legba in one of the most sacred sites (spiritual pilgrimage) of the Vodou religion in the country: Lakou Souvenance.

The African ancestors of the Haitian people left the African continent 300 years ago; such an attempt to reconnect Haiti and West Africa has never happened before. Hence, Mr. Houna’s visit to the Black Republic was a historic event in the history of African Diaspora.

I would like us to think critically about the following questions:

1) Did the new President (Jovenel Moise) of Haiti invite Houna to come to Haiti? or

2) Was he invited by the Vodou sector in Haiti?

3) What was the objective (should we say “objectives”) of his visit to Haiti?

4) Is this an important visit for the Vodou community?
If it is, explain in a few words…

*Recent studies on the role of Christianity in the Haitian society have estimated about 45 % of the Haitian population embrace Protestant Christianity–in rejection to the Vodou religion or Islam, which is emerging slowly in Haiti.

5) Are there any cultural, spiritual, and political implications about his visit?

What do you think?

To read about the historic event, click on the links below: 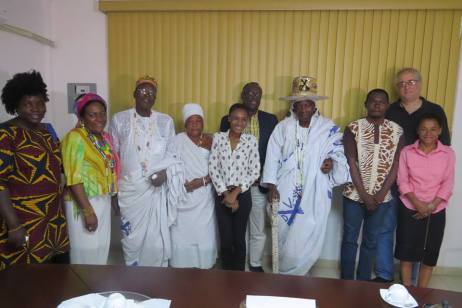 One thought on “When Hougan Dada Dagbo Hounon Houna II Visited Haiti: “On the Connection between Haiti and Benin (Dahomey)””